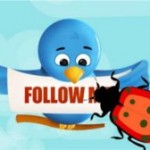 I am using #NewTwitter since a while. Today I noticed something weired in it.

When refering to time of any event or action, have you ever read “It was done at 1:00 am tomorrow”. Well, that would be insult of grammer, but #Twitter is doing this.

Here’s how it happened:
I had granted access to my account to one app and I wanted to remove that. So I went to Settings->Connections.

It lists all the apps which I have allowed to access my account, along with date/time when I approved.

The app which I had just approved was saying something like “approved on 12:59 am tomorrow”. Weired, huh? It is.

First I was thinking what’s wrong. Then I realised that Twitter noted time from my timezone and it’s comparing it with time on their server.

So twitter is comparing my timezone’s time with server’s time. So it find it “APPROVED IN FUTURE” 😉

Do you want a proof? Here it is.

This is no photoshop magic, you can try mentioned sequence and you will know it’s real image.

I know this is a very small bug, but after all, BUG IS A BUG!

Sorry, you need to be authorized to see this.